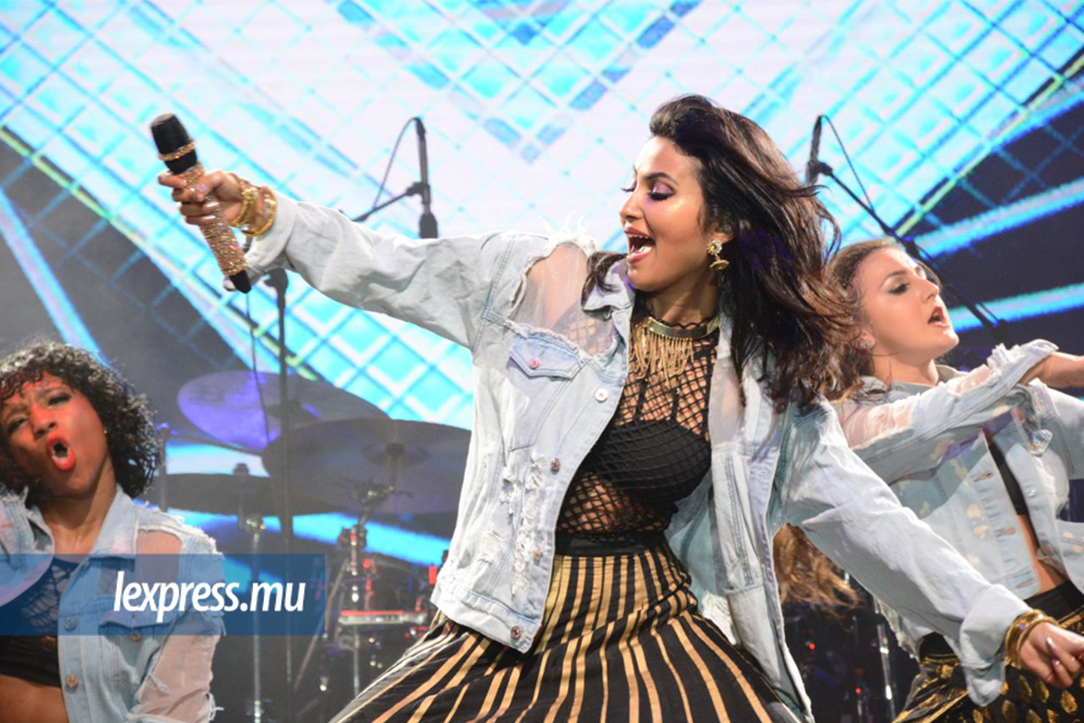 Vidya’s initial direction was medicine, not music. But it was while she was on a pre-med track obtaining her Psychology degree from George Washington University that she indulged in her passion for music, and began posting YouTube videos. Upon graduation, Vidya took the leap and decided pursue a music career fulltime.

With her debut EP, Kuthu Fire, Vidya turns another dream into reality, and releases a set of genre-mixing and culture-blending original songs that brings her worlds together in a sound all her own, and universal in its appeal. The original songs featured on Kuthu Fire are an extension of Vidya’s mashups, in that they blend together very different cultural styles of music, but they stand apart in their hip-hop and electronic-inspired arrangements. But one quality that is always present, whether the song is a mashup or original, is Vidya’s crystal-clear and agile voice that transcends genres.

One of Vidya’s most successful videos is one of her earliest collaborations, a mashup of Major Lazer’s “Lean On” with the traditional Punjabi folk song"Jind Mahi.” With over 20 million views and counting, the cover remix was so well received, it caught the attention of Major Lazer who reached out to Vidya to praise her rendition of the song. Vidya's mashups have since gained worldwide recognition from the likes of Diplo & Hrithik Roshan. Vidya has been featured in publications such as Vogue, Elle, NPR, Cosmopolitan, BuzzFeed, The Hindu, Deccan Chronicle and many more.

Vidya performs live with her own band throughout the world, including India, Mauritius, Trinidad, Suriname, Dubai, Hong Kong, and the U.S. Vidya continues to perform regularly as a vocalist with the Shankar Tucker Band, and has performed sold-out shows in amazing venues around the world, including the White House, National Center for the Performing Arts in Mumbai and Webster Hall. Vidya will kick-off a tour beginning in Fall 2017, and in Vidya’s words, it will be “one big dance party!” The show will feature Vidya’s original music, as well as a custom light show and dancers performing hip-hop, Indian and tribal dance.

Vidya was born in Chennai, grew-up in Virginia, and is based in Los Angeles. She has studied Carnatic classical music since she was a young girl and has had many amazing gurus throughout her journey, including D.K. Nagarajan, brother of the late D.K. Pattamal. She's currently learning Hindustani Classical and taking Western voice lessons. When Vidya isn’t singing, writing, producing and posting to YouTube, she’s enjoying the warm weather, tennis, reading, and expanding her dance repertoire. Vidya continues to explore the new directions that music takes her, and truly hopes you will join her on this journey.

"Her mashups connect your soul to music...(she) is on her way to becoming the voice ruling YouTube." - India Today

"Vidya Vox, wherever you are, what an amazing voice you have. Listening (to the) mashups nonstop. Bravo." - Hrithik Roshan

"For an artist to be able to take someone else's work and make it his or her is rare - and for that cover to stand up to the orginal, even rarer. That's exactly what Vidya did here..." - Elite Daily

"Type the words, "Taylor Swift, Blank Space," into a YouTube search bar, and a hundred different covers of the songs will pop up before you; some breathtakingly good, some bad, some average. Vidya's cover of the hit single falls into the first category, but also stands out in a way no other does; it's mashed up with A.R. Rahman's "Mental Manadhil," form the movie O Kadhal Kanmani." - The Hindu

"A collaboration between a group of U.S. and Indian artists has resulted in the King of Pop's classic “Don't Stop 'Til You Get Enough” reworked with Bollywood hit “Chaiyya Chaiyya. The resulting video has gone viral, not only garnering more than 430,000 views its first four days but also impressing Khan, who tweeted the link to the YouTube video to his 13 million-plus followers.” - The Hollywood Reporter

"Kurt Hugo Schnerider, Sam Tsui, Shankar Tucker and Indian vocalist Vidya Iyer collaborated on the clip (flimed in and around Mumbai, India), which managed to catch the attention of Dil Se director Shah Rukh Khan, who tweeted it out." - People Magazine

"The live bhangra version of Lean On is so epic I love my punjabis @majorlazer." - Diplo, re: Vidya's "Lean On" mashup.

LISTEN TO VIDYA VOX NOW on

What people think about MABB Events?

"So, as a South African living In Mauritius... WOW, i was totally blown away by this EVENTS company called MABB... I been to 87 countries in the world, been to concerts from the US to Tokyo in excess of more then 63 concerts In total.. First time I seen a EVENTS company deliver what they promised... what a spectacular event and well organized... beautiful arranged and set... these are the kind of companies artists should deal with as there are many that over promise and under deliver.. honestly this Event company delivered more.. As a business owner this is the most vital point to your establishment... well done.... hope to see you guys bringing most artist with such amazing talent to Mauritius again..."

"Hi, had a nice time with my family at the Vidya Vox concert. It was nice and entertaining. Have no words to describe how happy when we enjoyed the moment with family & friends."

"Great Customer Service... spoke to someone... replied all my queries... felt totally at ease.. would recommend u guys to everyone. looikng forward to the evnt with my friend... keep the good job!!!"